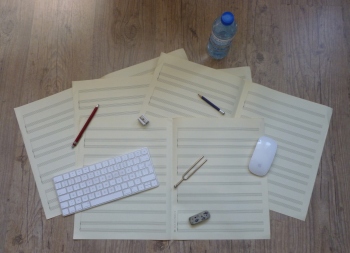 Through the Premier Prix diplomas earned in counterpoint, fugue and harmony, as well as final certificates in music analysis, music history and orchestration at the Conservatoire Royal de Bruxelles, David Baltuch acquired an in depth knowledge of the finest qualities of the great composers of classical repertoire. Furthermore, his experiments with sonic material, his exchanges with diverse musicians and his contact with the audience and its reactions, have constituted another precious source of knowledge.

Several works by David Baltuch have been recorded and are available in the Gallery section (Gallery > Videos > Composition).